In general, antitrust laws seek to promote fair competition on the merits and to protect consumers and competitor businesses from anti-competitive business practices — practices undertaken in effort to undermine competitive commercial behavior in a given market or line of commerce.

The antitrust laws therefore forbid the wrongful acquisition or preservation of monopoly power, the abuse of monopoly power in order to establish a new monopoly, and concerted restraints of trade (i.e., business practices undertaken by two or more firms that improperly stifle or suppress “competition on the merits” in a given market). They also govern proposed mergers and acquisitions that are sufficiently large to constitute a threat to competition, and they address commercial practices that pose an arguable danger to competition on the merits in a properly defined antitrust market.

In the case of the marijuana industry, which is currently still a controlled substance on the federal level, unique anti-trust dilemmas have arisen as states individually tackle their own business models. Some states have banned vertical integration, ie. having a single company or set of owners, operate the production, wholesaling, and retail operations of the cannabis business. While others, such as Colorado until 2014, required vertical integration. Colorado's system of "vertical integration", under which retailers must cultivate most of the stuff they sell themselves, made monitoring easier for the state. However it made entry into the industry by small "mom and pop" shops much more difficult, if not impossible.

As the regulation of marijuana changes so will the federal and state business laws and their implementation.

Vertical Integration at a Glance 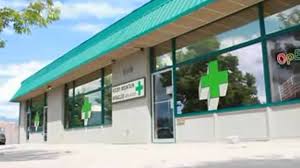 Each state with legal marijuana is a crucible for economic research. The variety of regulations and licensing structures makes each program unique, and it will take years to truly understand the impacts of the different rules and regulations.

There are a few states, (Hawaii, Michigan, and Montana) that have either remained unregulated or are still in the process of formulating rules for dispensaries and grow operations.  But the vast majority of states with some form of legal marijuana have rules about vertical integration that fall into one of three categories: allowed, required, or prohibited.

The struggle over marijuana regulation is one of the most important federalism conflicts in a generation. The ongoing clash of federal and state marijuana laws forces us to consider the preemptive power of federal drug laws and the appropriate roles for state and federal governments in setting drug policy. this conflict also creates debilitating instability and uncertainty on the ground in those states moving from prohibition to regulation of marijuana. While the courts have yet to establish the precise contours of federal preemption doctrine in this context, we argue that the preemptive reach of the federal Controlled Substances Act (CSA) is relatively modest. Recognition of this legal reality likely played a significant role in the recent Department of Justice (DOJ) decision not to challenge the Colorado and Washington State ballot initiatives legalizing and regulating marijuana for adult use. Yet even if the federal government honors its commitment to not enforce federal drug laws against those complying with robust state regulatory regimes, the ancillary consequences flowing from the continuing federal prohibition remain profound. Banks, attorneys, insurance companies, potential investors, and others-justifiably concerned about violating federal law-are reluctant to provide investment capital, legal advice, or other basic professional services necessary for marijuana businesses to function. those using marijuana in compliance with state law still risk losing their jobs, parental rights, and many government benefits if their marijuana use is discovered. We suggest an incremental and effective solution that would allow willing states to experiment with novel regulatory approaches while leaving the federal prohibition intact for the remaining states: The federal government should adopt a cooperative federalism approach that allows states meeting specified federal criteria-criteria along lines that the DOJ has already set forth-to opt out of the CSA provisions relating to marijuana. State law satisfying these federal guidelines would exclusively govern marijuana activities within those states opting out of the CSA but nothing would change in those states content with the CSAs terms. 'his proposed solution embodies the best of federalism by empowering state experimentation with marijuana regulation while maintaining a significant federal role in minimizing the impact of those experiments on states wishing to proceed under the federal marijuana prohibition.

Over the last decade, the Supreme Court gave the impression that Congress’ power ‘‘[t]o regulate Commerce . . . among the several States’’ was not unlimited. In its 1995 Lopez and 2000 Morrison decisions, the Court made an attempt to re-establish a link between the Constitution and modern ‘‘constitutional law.’’ The Court said ‘‘to here, but no further.’’ In Lopez, for example, Chief Justice William Rehnquist recurred to James Madison’s observation in Federalist No. 45 that ‘‘the powers delegated by the proposed Constitution to the federal government are few and defined. Those which remain in the State governments are numerous and indefinite.’’ The powers remaining in the state governments are still indefinite, but after Gonzales v. Raich they are also less numerous.

High Time for Medical Marijuana or Buzz-Kill?: The Controlled Substances Act and the Sherman Antitrust Act may Cause Florida's Compassionate Medical Cannabis Act to Go Up in Smoke

How does Colorado's Marijuana Market Work?

On January 1st, 2014, 420 days after the citizens of Colorado voted to legalise marijuana, around 37 pot shops across the state opened their doors to all-comers. This article covers the manner in which the marijuana market in Colorado works.

Investing in Cannabis: Inconsistent Government Regulation and Constraints on Capital

By: Adrian A. Ohmer

State Regulation and the Necessary and Proper Clause

The new marijuana federalism is here, but is it here to stay? In this Article, I address that question by way of two related points, a practical one and a technical one, and I ultimately argue that state regulation should have a bigger role in fixing the limits of federal constitutional power. The practical point is that the current regime of state marijuana legalization is unstable, and it is a miracle that it is working as well as it is. Because marijuana remains contraband at the federal level, businesses and lawmakers who invest in responsible legalization at the state level have no guarantee their investments are safe from the whims of federal law enforcement. Moreover, even if the federal drug laws are not actively enforced in those states, the laws create serious problems for banks, lawyers, and others who might otherwise want to work with the in-state marijuana industry. The technical point is that this instability can be traced to an importantly erroneous footnote in the Supreme Court’s decision in Gonzales v. Raich. Footnote 38 claims that state law can never be relevant to the scope of Congress’s power under the Commerce Clause or the Necessary and Proper Clause. That conclusion is wrong, is not required by the rest of the Court’s enumerated powers jurisprudence, and should be cast aside. The Necessary and Proper Clause should be interpreted to give states a bigger role in determining when the federal drug laws are constitutional. Congress’s power to reach purely in-state conduct is premised on the possibility of interstate spillovers. If a state legalizes and regulates a drug in a way that minimizes the risk of spillovers into the interstate black market, the federal drug laws should be forbidden to apply within that state. This both creates a more stable set of incentives for states to responsibly manage local behavior and provides a more satisfactory formal grounding for the executive nonenforcement policy.

Worst of Both Worlds: The Wild West of the Legal Marijuana Industry

As states have legalized marijuana, they have created a booming industry that operates in violation of the federal Controlled Substances Abuse Act. Like the tobacco and alcohol industries, this new legal maruuana industry has the potential to do great harm to American consumers and communities if it is not disciplined and restrained in how it sells and develops its products. Unfortunately the federal government has not yet stepped in to regulate the industry and state governments have imposed only limited controls. In addition, because of the increased threat of criminal and civil liability hanging over the industry, it has been largely shut out from attracting professional stakeholders including banks, venture capital firms, and professional managers which could help impose market discipline. In order to achieve the policy goals behind legalization of marijuana it is important that states do everything they can in the short term to regulate this industry so that it develops in a responsible manner. One of the things states can do is promote the integration of professional stakeholders into this industry. This essay explores what it means to be a "professional" in the marijuana industry and how more professionals could help mitigate some of the harm this industry poses to the public.

In recent years, many states have legalized the use and sale of marijuana for medical or even recreational purposes. This has led to the booming growth of a "legal" marijuana industry. Businesses openly growing and selling marijuana products to the consuming public face some unusual legal hurdles. Significantly, although the sale of marijuana may be legal at the state level, it is still illegal under federal law. This Article explores the conflict between state and federal marijuana laws from a business entity law perspective. For example, managers owe a fiduciary duty of good faith to their businesses and equity holders. One of the ways in which managers can violate this duty is by causing their business to intentionally violate the law. This is a problem for the marijuana industry because its managers constantly and intentionally violate federal law and therefore violate their fiduciary duties by growing and selling marijuana. This Article concludes that the industry's ability to attract professional stakeholders is harmed by marijuana business stakeholders' inability to take advantage of key business law protections, such as limited liability. This Article proposes a state law exception that allows marijuana businesses to operate normally under state business entity law, with normal business entity law protections, despite their continuing violation of federal law.