Served as U.S. Secretary of State (1961-1968) and member of the Georgia Law faculty (1970-1984)
Some links are to subscription databases and require a UGA MyID for off-campus access.

1940 - Called to active duty with the U.S. Army, first with an infantry division and then with G-2, the military intelligence branch of the U.S. Army General Staff.

1943-45 - Served in the China-Burma-India theater as chief of war plans for General Joseph Stilwell. Headquartered in New Delhi, he traveled extensively in the region to Assam, India; Chungking (now Chongqing), China; and Ceylon (now Sri Lanka). Much of his work involved supporting the Chinese and encouraging them to engage the Japanese. Rusk concluded that it was Chinese inaction and ineptitude that contributed to a Communist led China.

Personally, I held no brook with those Americans who thought that the United States "lost" China; China was never ours to win or lose, but rather, Chiang Kai-shek's. The Department of State's White Paper on China, released in late 1949, made this clear. (Rusk, 158)

"If anything, Chiang Kai-shek's inability to govern and the impact of Japanese aggression, not American inaction, "lost" China. (Rusk, 157)

Achieving the rank of colonel by the end of the war, Rusk was transferred to the Operations Division of the War Department General Staff in Washington, D.C. The section worked on major policy issues in rebuilding after the war including feeding millions of people in occupied countries, planning for the occupation of Germany and Japan, demobilization of the armed forces of the Western democracies, and the launching of the United Nations. He had the opportunity to work with General George Marshall, who would soon become secretary of state and author of the Marshall Plan to assist the war-wrecked nations of Europe.

1947 - Secretary of State George Marshall asks Rusk to head the Office of Special Political Affairs ("also known as the U.N. desk,") in the Department of State.

It was clear in a post war period that Stalin was going to exercise his veto power in the security council which would prevent the unanimity required for the U.N. to take actions to try to maintain peace and security. The U.S. took the approach to strengthen the U.N. by supporting activities not subject to veto such as war relief programs and the aid and humanitarian work of the General Assembly and specialized agencies. (Rusk, 408)

During my forty years of public life the United Nations proved itself useful on many issues. Admittedly it has fallen short of the far-reaching hopes that many entertained for it in 1945, and it has not banished war, but the world organization has helped us overcome crises of desperate danger these past four decades. The UN has had many notable successes in the post war years. UN-sponsored negotiations and task forces have backed peacekeeping operations in Indonesia, Greece, Palestine, Kashmire, Korea, Trieste, Suez, Lebanon, Laos, the Congo, West New Guinea, the Yemen, and Cyprus. Not all were successfully resolved, but in every case UN intervention helped reduce conflict. In carrying out its peacekeeping mission, in its own fumbling, stumbling way, this much-maligned institution on New York's East River has helped keep smaller wars from spreading into larger wars. The UN has also helped move along the historic process of decolonialization, which is reflected in the growth of its membership from 51 nations to 159. (Rusk, 412).

A central principle during his time as Secretary of State was Rusk's commitment to the establishment of world order based on Articles 1 and 2 of the United Nations Charter. (Schoenbaum, 267)

1949 - Appointed Deputy Under Secretary of State

March 28, 1950 - Appointed Assistant Secretary of State for Far Eastern affairs. Remaining consistent in his anti-appeasement views, Rusk joined Secretary of State Dean Acheson and others in urging President Truman to resist Communist aggression on the Korean peninsula. He leaves the position on December 9, 1951.

1952 - Becomes president of The Rockefeller Foundation, where he focused on development programs for poor nations as well as the dangers of environmental pollution from the testing of nuclear bombs in the atmosphere.

Interview with Rusk about the work of the Rockefeller Foundation 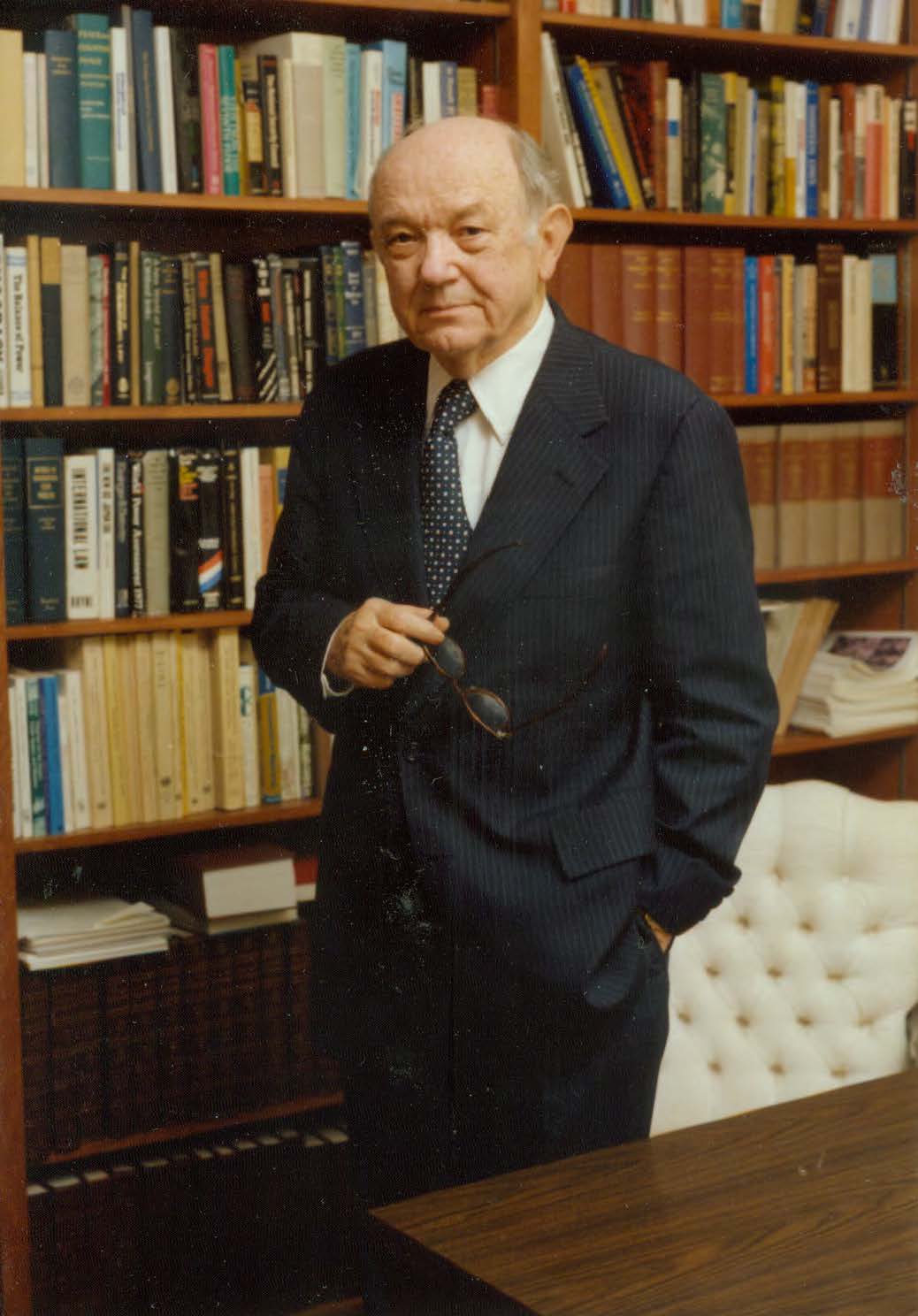 Biographies cited in the text.