Dr. Rees was born in Brooklyn Heights, NY on March 27, 1931. He grew up in Westport, Connecticut, and then attended Hobart College and the University of Virginia Law School.

In the course of his 45 years at the University of Georgia, Dr. Rees won several awards for his excellence as an educator, including the 1997 Distinguished Service Scroll Award from the UGA Law School Association.

Dr. Rees came to the University of Georgia after teaching for a short while at UVA and for many years specialized in Conflict of Laws, Federal Courts, and Civil Procedure.  He was also instrumental in the law library renovation in the 1960’s, when he served as Associate Dean.

In service to the Athens community, Dr. Rees helped St. Joseph School weather a period of crisis in the late 1960’s by helping devise an investment plan to stabilize finances for the parochial school.

In his spare time Dr. Rees enjoyed reading, furniture-making, photography, and collecting woodworking planes and rare-edition books.  His children fondly remember his dry sense of humor and his strong sense of fairness.

In addition to his wife, Elinor, Dr. Rees is survived by: his brothers, James and Christopher Rees; five children, John, Mary, Jenifer, David, and Richard; and four grandchildren, Sara and Jack Rees and Joseph and Elinor Rees-Hill.

Funeral services will be held at 3:00 p.m. on Friday, September 28th, with visitation starting at 2:00 p.m., at the Lord & Stephens Funeral Home, West Chapel, 1211 Jimmy Daniel Rd., Bogart, GA.  In lieu of flowers, the family suggests donations be made to the University of Georgia, John B. Rees, Jr. Law Library Book Fund.

Law School Association Professor of Law Emeritus John Bartow Rees Jr. served as a faculty member at the University of Georgia School of Law from 1959 to 2002. In addition to his role as a professor, Rees also served as assistant dean from 1964 to 1969, led the facilities committee that oversaw the design and construction of the law school's 1967 expansion and generously endowed the John B. Rees Jr. Law Library Book Fund. Rees’ primary teaching areas were: civil procedure, federal courts and conflict of laws.

In 1997, his outstanding service to the law school was recognized by the Law School Association, when it presented him with its Distinguished Service Scroll, the highest honor bestowed by the alumni organization. Rees earned his undergraduate degree from Hobart College and his law degree from the University of Virginia, where he served on the editorial board of the Virginia Law Review. In 1965, he served as technical adviser to the committee of the Georgia House which drafted the Georgia Civil Practice Act, based on the Federal Rules of Civil Procedure. 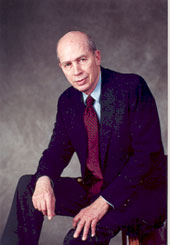 As part of an oral history project Professor Ann Puckett conducted an interview with Professor Rees. Listen to the interview.