What to Make in My Makerspace: Putting the Laboratory Back in the Library

David Lankes, Professor at Syracuse University’s School of Information Studies, in The Atlas of New Librarianship, used over 400 pages to discuss what he believes is the one mission we have as librarians.

The mission of librarians is to improve society through facilitating knowledge creation in their communities.

That mission is broken out into five elements with knowledge creation being the foundational concept.

Constructionism is often described as a "learning-by-making" formula but proponent Seymour Papert says that such a formula is an inadequate simplification, it should be considered "much richer and more multifaceted, and very much deeper in its implications." Papert, S. & Harel, I., Situating Constructionism, 193-206 (1991). Individual learners construct mental models in order to understand the world around them. Students learn through participation in project-based learning where they make connections between different ideas and areas of knowledge facilitated by the teacher through coaching rather than using lectures or step-by-step guidance. Learning happens most effectively when people are active in making tangible objects in the real world.

Seymour Papert became the most well known proponent of constructionism upon the publication of his seminal book Mindstorms: Children, Computers, and Powerful Ideas (Basic Books, 1980).

Also see the Fab Charter from the Fab Foundation. 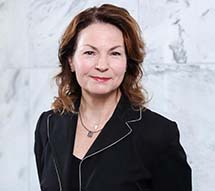