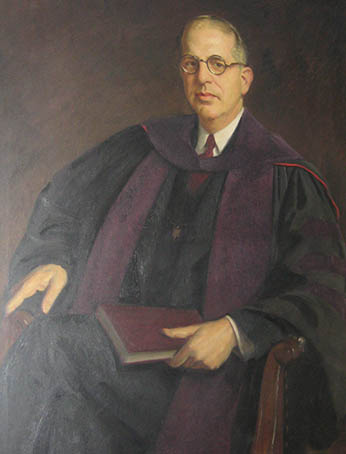 Hirsch attended Boys High School in Atlanta where he gained notoriety as an orator.

1898 - enrolls at the University of Georgia. Because of his size, over 160 pounds, he was asked to play center on the football team, even though he had never participated in athletics before. Georgia went 2-4-0 in 1900.

1901 - graduated from the University of Georgia and earned a varsity letter for football.

1904 - graduates from Columbia University Law School. Begins practice in Atlanta and soon forms a partnership with William D. Thomson, Thomson and Hirsch. In 1906 John S. Candler retires from the Supreme Court of Georgia and the firm becomes Candler, Thomson and Hirsch.

The firm represented Coca-Cola with Hirsch handling the bulk of the work. He is given credit for suggesting, in the 1910s, to the Coke bottling company that they devise a distinct package for their product which would be uniquely Coca-Cola, and near impossible to imitate. Thus, the Coke bottle, "ribbon" and lettering was born and cola drink competitors could no longer claim they sold Coke.

He formed the Coca-Cola Bottlers Association. In 1919 when Coca-Cola reorganized as a Delaware corporation, Hirsch continued to serve as general counsel. He became a company vice-president in 1923. He spent a good deal of his time protecting Coca-Cola's trademarks and contributing to the developing field of fair trade law.

1930  - forms a partnership with Marion Smith

Hirsch had become deeply concerned about the situation in Europe regarding the persecution of the Jewish population. Starting in 1933 he was corresponding with Rabbi Jonah Wise of New York City. Rabbi Wise urged urged Hirsch to help raise money for assistance. His actions helped to raise awareness and inspire other community groups in Georgia to become involved with assisting the European Jews, especially in aiding displaced survivors come to the United States and helping them to readjust.

1939 -  dies on September 25 while on vacation in Massachusetts